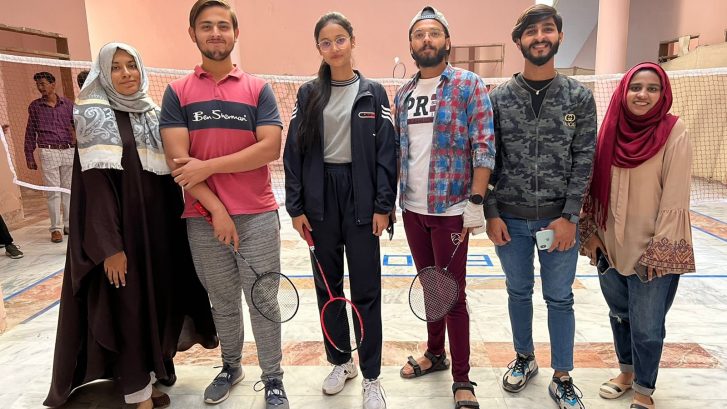 The students of Ziauddin College of Rehabilitation Sciences participated at the Nazeer Hussain University inter-university sports tournament starting from 25th November 2021 onwards. The sports tournament comprised of numerous indoor sport matches of table tennis, badminton, including board games like carem and ludo while, outdoor sports like cricket was included in the competition. During the tournament, the students of ZCRS not only gave a tough competition to other participating teams but, they succeeded to tremendously win several matches. For table tennis, ZCRS boys’ team was victorious in the competition while, girls’ team was the runner-up for female table tennis match. With respect to the board games, ZCRS won the carom match for the singles as well as mix-doubles game, the team also managed to badge the trophy for the badminton matches. Along with these remarkable victories, the students were runner ups for ludo match.

His vision was to spread quality education amongst the Muslims of the subcontinent.